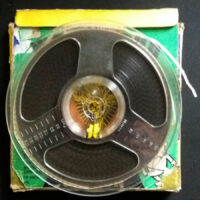 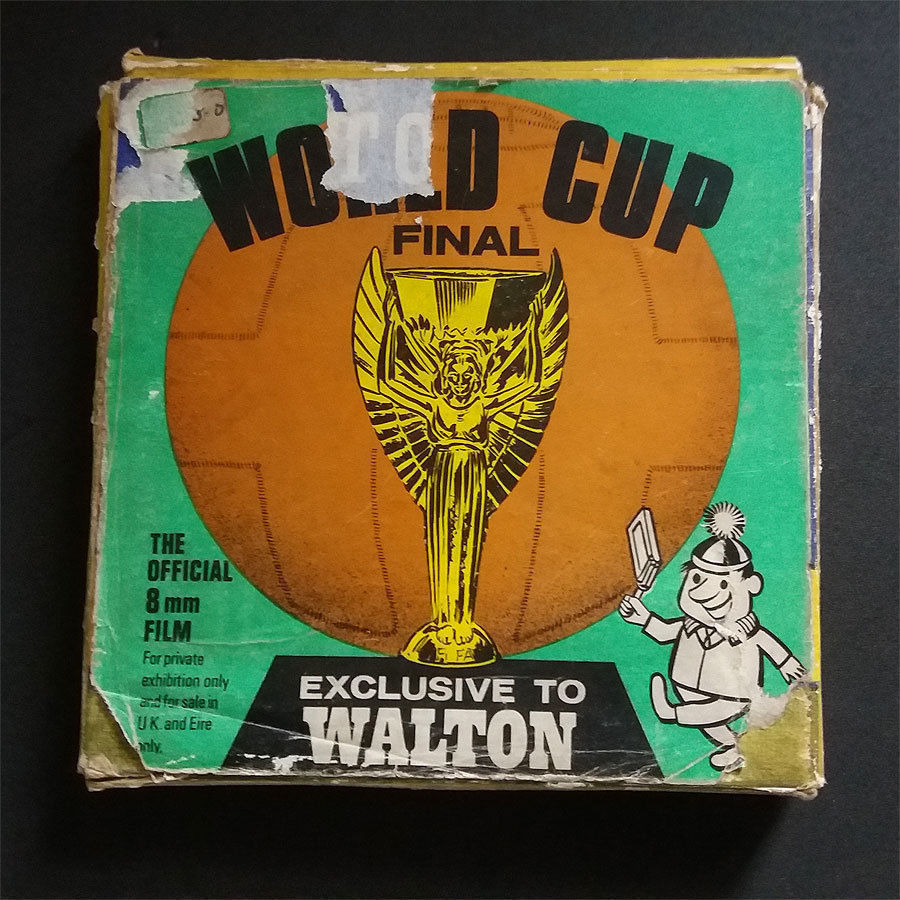 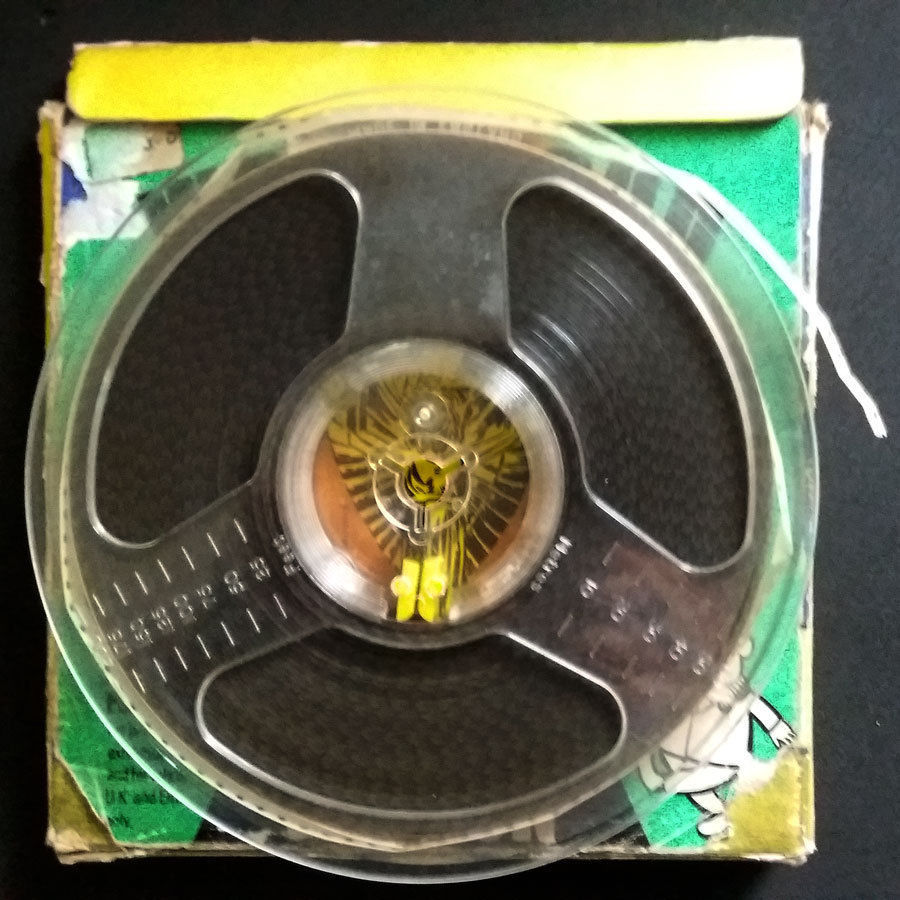 “The match was played by England and West Germany on 30 July 1966 at Wembley Stadium in London, and had an attendance of 96,924. The British television audience peaked at 32.30 million viewers, making the final the most watched television event ever in the United Kingdom.

England won 4–2 after extra time to win the Jules Rimet Trophy. The England team became known as the “wingless wonders”, on account of their then-unconventional narrow attacking formation, described at the time as a 4–4–2. The match is remembered for England’s only World Cup trophy…”

A WALTON black and white Super 8 home cine movie with sound of the final of the 1966 World Cup.

The box has suffered from age. The movie seems to be ok. Please look at the photos.